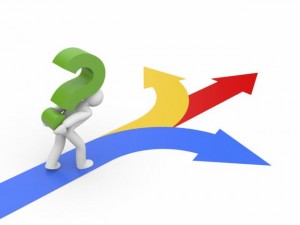 One of the people I have come to admire since I became active in social media is Eric Stoller, a higher education consultant/blogger. He is passionate in his beliefs and is willing to express them. I had the pleasure of meeting him “in real life” at NASPATech in Rhode Island last November. Eric wrote a piece today entitled “Where are the radical practitioners? “ for InsideHighered.com and he specifically asks if radical practitioners exist in student affairs. As usual, like his other ones, this article made me think about my roles and value in student affairs. I honestly had to look up what “radical” meant as the first thoughts in my mind were “extremists”, “going against the status quo”, “revolutionary”. Two definitions on dictionary.com are “favoring drastic political, economic, or social reforms” and “thoroughgoing or extreme, especially as regards change from accepted or traditional forms”.  If I’m not radical, does that mean I conform to status quo? Is this a bad thing? After thinking about what I’ve been involved with since I came to UCSB as a student and now as a career staff, I realized there is a part of me that has the tendency to challenge status quo. As a student, I was one of the hundreds of persistent students who asked the UCSB administration to provide a physical space for Asian American students on campus. As a staff, I either led or was a member of many project teams that introduced technical solutions to student affairs departments.   I work in the IT field within student affairs and most of what I’ve developed or led could be considered innovations within the context of my institution.  I have had my shares of eyes rolling or smirk as I presented my projects, or telling me I was doing things the wrong way. But I don’t think I can call myself a “radical”, I think I’d rather call myself as “change agent”.

While I am a very amiable and agreeable person, if I’m told I can’t do something because of some reason I would deem unreasonable, chances are that I will probably do what I’m not told to do. A case in point, I was told that I should never go on twitter because there’s nothing positive about it, that it just poses security risks. I had to find out for myself and more than a year later, I’m glad I did!

A month ago, I was having a conversation with a colleague who commented that “some people are willing to move forward without asking permissions” and there are those that need permissions. My colleague believes I’m one of those that do need permissions. He’s right and I think in some way, that defines who I am. I like harmony in the workplace and I like collaboration. I don’t like spending my energy on solving negativity when they could have been avoided.  I’d rather work within the boundaries of the system and slowly stretch it from time to time, all keeping in mind security and confidentiality policies as my guides.  Maybe because it’s just my personality, my family upbringing or maybe part of my Filipino culture? I’m not sure. Does that mean that I will roll over at someone’s command? In the past, maybe I did. Now? No. I’m definitely more assertive now and I’m not afraid to state my opinions on matters I don’t agree with or I strongly believe in.

Moving up the management ladder and observing my mentors, there are few observations and philosophies I have learned which I use as a “change agent”. These include:

I really do appreciate Eric’s passion to challenge student affairs status quo. Our profession needs someone like him. In our own ways, we are helping our profession change in our unique ways. Do you consider yourself as a “radical” or “change agent”?