As I was listening to these challenges, I could not help but reflect on how technology can provide assistance in the transition process of these international students. What resonates with me are  1) the need for a community and support system before they even arrive and during their stay and 2) the need to accommodate the different classroom participation style. As noted in that meeting, the students may know the answer but they may not verbalize them. The list of technology-related ideas below are very limited but they could certainly be components of university efforts to ensure the success of the transition process and retention of international students. In addition, the mention of the products/services below does not imply endorsements but to illustrate what are currently available to my knowledge.

What other ideas can you think of that could assist the transition (and retention) of international students?

Update: This article “Google adds enterprise social networking features to Google+” (Aug 29, 2012) is what I was expecting when I wrote this blog post below,  days after Google+ was released in July, 2011.

Some may consider me an avid social media user. I enjoy using social media and mobile devices for personal and professional use. When Google+ was introduced a couple of weeks ago, I was very intrigued by its features including the following:

I was particularly impressed with the concepts of Circles because it seems to be so much more straightforward than facebook in managing lists and thereby easier to target the recipients of your posts.

END_OF_DOCUMENT_TOKEN_TO_BE_REPLACED 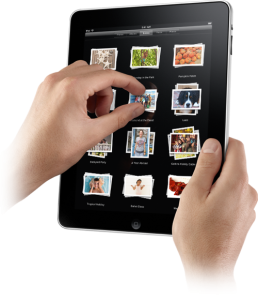 There are many articles on the web that predicted the convergence of consumer technologies and the enterprise, often referred to as consumerization of IT. This is a trend that was offered by Gartner as early as 2005 and as this blog post suggests, consumerization of IT was born when IBM PC was announced in 1981. Higher education, including student affairs, is faced with the reality of having to adapt to the new demands of technologically dominated world.  This new reality are driven by 1) student population and younger workforce  who grew up in the age of internet and with the expectation of open access to internet resources, 2) increasing budget cuts and external mandates leading to re-organizations and reliance on technology for automation,  3) more technology choices provided to the workforce via consumer technologies/services like social media, cloud and mobile computing  4) faster pace of changing  technologies  and adoption of these technologies by business units with or without IT involvement. The pace by which student affairs business units embrace technology, specifically consumer technologies, in my career, is comparable only to when I started working as a web developer for student affairs in 1996 when these same business units started realizing the value of the web. Below are some personal observations from the last couple of years  as a technology service provider in central student affairs IT.