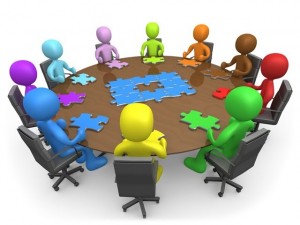 As a leader of an organization and an advocate for students and staff alike, I have the responsibility to be able to convey the concerns and issues facing my constituents to the campus at different levels of conversations. As part of the responsibility, I am always careful, though not always successful, in making sure I carry myself in a way that even when I may disagree with colleagues and those who I deal with, that my presence and what I share add value to the conversations. While I certainly play the role of agitator at times, I try to be respectful and carry myself in a way that others do want to engage me in conversations. Each interaction with another person is an opportunity to build relationship and trust or it could just be a time when others decide they’d rather not deal with you because you’re perceived as a “smart jerk”, “know-it-all”, rude,  or just simply too unreasonable. What good am I as an advocate for students, for my organization, for myself if I am not at the proverbial table to be part of the dialogue? Understanding the proper moments when to push buttons, how to communicate, and which battles to fight are part of one’s political acumen that contribute to one’s reputation and influence.  This is the same perspective I carry with me when I am on social media.

Social media can be a place for productive dialogues. Experts and novices alike can express their opinions in ways that can reach far significant numbers of people and engage in dialogues with those who may share their perspectives as well as those who may have opposing opinions. Social media offers those who may not have avenues to express themselves in their non-digital worlds a place to be able to be part of conversations. In the world of student affairs, #sachat and the weekly chat session with the same hashtag has become a place for lively discussions amongst student affairs professionals and students on personal and professional topics. In a sense, participants have a seat at the proverbial virtual table, a place they may not have at their campuses.

Just as it is on non-digital interactions, how one acts on social media may lead to others wanting to continue engaging with or choosing to disengage with you. These disengagement can be in the forms of unfollowing on Twitter, unfriending on Facebook, or blocking on Yik Yak. It may only take one message/interaction to lead to the actions above. I’ve personally had to do the above actions to a few individuals because I found them to be too difficult to deal with. It isn’t because I disagree with their perspectives, but it’s because of their arrogance and sometimes vulgar messages that led me to stop interacting with them. I’ve also noticed that individuals who may develop a negative reputation for being argumentative, a smart jerk, know-it-all or just plain rude are ignored. I will not cite specific examples but anecdotally, what I’ve observed is that even when a post/message that come from these individuals, are ignored.