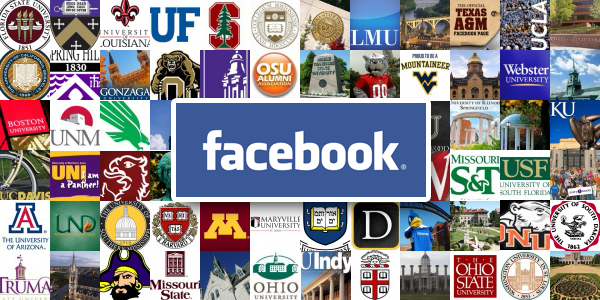 Social media presents challenges and opportunities for universities in the way they communicate and provide services to students, enhance their educational experiences, and prepare them for the workforce. Social media can be defined as a set of online tools that people use to share content, opinions, and ideas that create potential interactions. The most popular social media sites are facebook, twitter, LinkedIn, YouTube and blogs.  Combined with mobile devices and cloud computing, all known as consumer technologies, social media has enabled students to have access to information anytime, anywhere.

The majority of college students are members of the Millennial Generation, those between the ages of 18-29 years old. They are also known as the Net Generation because of their generally increased use and familiarity with communications media and technology. According to a study conducted in 2011 by Pew Internet Center, 61% of online Americans under the age of 30 use social network sites on a typical day. A 2010 survey conducted by Harrisburg University of Science and Technology in Pennsylvania found that of the 800 students and faculty that responded, roughly 20 % of the respondents spent between 11 and 20 hours a week using social media.

An international study by Cisco on the next generation’s workforce revealed that “one in three college students and young professionals considers the Internet to be as important as fundamental human resources like air, water, food and shelter.” In addition, “more than two of five college students (40%) and young employees (45%) said they would accept a lower-paying job that had more flexibility with regard to device choice, social media access, and mobility, than a higher-paying job with less flexibility.”

The results of the studies above are indications of the relationship between technology and Millennials. It has to be noted that while this generation as a whole may have greater familiarity with technology, the degree of fluency in using it varies within the group, due to members’ level of access and experience.

Social media has become a significant component in the daily lives of students, both inside and outside the classroom. Students use sites such as facebook for social purposes, including connecting with their friends and families, and sharing their experiences and information in the forms of status updates through photos, videos and links. They use social media to communicate with their classmates and with their instructors for their coursework. They solicit and share their opinions with other students and other members of their social networks about which courses to take, products to buy and the quality of services they receive via services like Yelp. Some students are also using LinkedIn, a professional social networking site, to create their personal “brand” as part of their career development.

Prospective students use social media as part of their research to decide which university to attend. In addition to visiting university websites for information, these students are now rely on recommendations from other sources like collegeconfidential.com and students already attending the university.

With all the benefits social media provides, there are issues and challenges that must be considered. For one, the issue of privacy is always a concern. Students may not realize the danger of disclosing too much information, such as their class schedules and their location, via mobile location sharing applications such as foursquare. As some employers have begun using social networks in their hiring process, students must be aware of how they are presenting their digital identities. Negative actions and information, including discriminatory comments, may be causes for rejections. As noted earlier, while this generation may be familiar with the use of social media, they may not have the awareness on how to use social media appropriately, to be good digital citizens.

The challenge for universities is to adapt, rather than react, to the rapid changes in technology that defines how students communicate and learn. But social media is not just about technology. Ultimately, it’s about the students themselves. To understand our students requires sociology and ongoing conversations. For some, it’s a paradigm shift. The model of one-way broadcasting communication via websites and information solely coming from university staff is no longer sufficient. No longer are the students limited to the role of information consumers; they are now producers themselves. For staff to truly understand the needs of the students in this age of social media, they must be part of the conversations at the very least, listening.

Whether facebook, twitter and the major social networking platforms of today will be around a few years from now is unknown, but social media is here to stay. For universities, the use of social media will be further integrated into their business processes. More formal research on the impact of social media with respect to academic success, student engagement and retention, are now available and the results should provide some guidance on how universities can most effectively use social media. As Eric Qualmann, the author of Socialnomics says, “We don’t have a choice on whether we do social media; the question is how well we do it.”