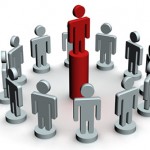 There was this meeting I attended years ago. The  committee chair posed the question to the few individuals present as to why attendance had dwindled down to a few.  He was trying to figure out why and said he had no clue. I raised my hand to try to tell him what those who stopped attending told me –  it’s because he monopolized the meetings.  I was ignored.  Other members tried to talk but were also either ignored or ideas were dismissed.  He kept on talking for the rest of the meeting, proposing his solutions to the group. It became the typical monologue.  I stopped attending after that. I wonder if anyone ever told him what some of us were thinking.

I know I’ve been guilty of failing to realize my own shortcomings many times as well. As painful as it is sometimes to hear even things I’d rather not hear,  one of the most valuable decisions I have come to make is to welcome and seek feedback. The key for me has been to figure out who I can trust and those who I am willing to listen to, with reservations. I have  a boss who is really honest and it’s one of the reasons I respect him.  I have some co-workers whom I’ve built good relationships with, good enough that they can tell me even things I’d rather not hear. I have colleagues at other departments I have known for years, my customers, who will do the same.  My wife is my biggest supporter and I also appreciate her honesty. All of them have challenged me, forced me to think differently.  I learn from all of them. They keep me honest.

I know it’s so much easier to surround myself with those that always agree with me, a “yes” group. I doubt I would be learning us much though. Do you have your own inner circle of feedback?